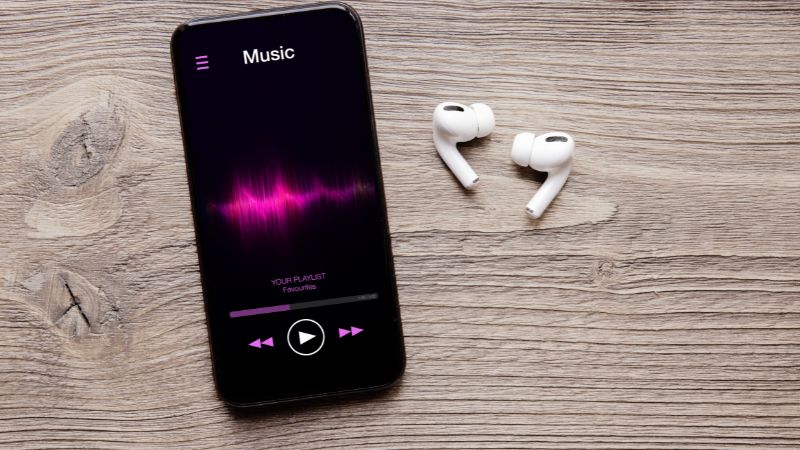 Apple offers its customers a lot of products and services, and one of those products is Apple Music. But you may want to know: is Apple Music free to use?

Well, I have been looking into this question and have all you need to know about Apple Music below, so keep reading to learn what I’ve discovered!

Apple Music isn’t free unless you have a free subscription offer, such as a promotion through a retail store, wireless carrier, or another company giving you Apple Music for free. However, if you’re a new user of Apple Music, you often can get a free trial offer, so you can check it out before you subscribe in 2022.

If you have other questions about Apple Music, like how long can you use it without paying, continue reading!

How Much Does Apple Music Actually Cost?

There are four different Apple Music plans available, so the cost will depend on which plan you have and could range from $4.99 per month to $14.99 per month, depending on the plan.

Furthermore, each plan offers its own pros and cons with the Voice plan offering the least amount of benefits, so the plan you decide to go with will depend on what you are looking for.

If you’re a new subscriber to Apple Music, you can often get a free six-month trial of Apple Music if you’ve purchased an eligible audio device.

Also, you will first need to pair that audio device with your iPad or iPhone to begin the free trial offer.

How Long Can You Use Apple Music Without Paying?

Once you’ve stopped subscribing to the service, you’ll no longer be able to use Apple Music, and you’ll lose access to your playlists and songs.

Furthermore, you don’t have a grace period with Apple Music either, so if you don’t pay for it on the day it’s due, then that’s when the subscription is cancelled.

Which Is Better – Spotify or Apple Music?

Apple Music offers much better audio quality compared to Spotify. However, Spotify does have a free music streaming option, whereas Apple Music does not.

However, with the free version of Spotify, you have a lot of limitations and have to deal with advertisements, so if you want higher-quality audio and no ads, Apple Music is the best choice.

Is Apple Music or Spotify Cheaper?

Also, both Spotify and Apple Music have a Student plan available which makes the cost cheaper, so there isn’t much difference between prices, regardless of which plan you go with.

What Happens to My Music If I Stop Paying for Apple Music?

If you stop paying for Apple Music, you’ll lose access to your music library immediately.

However, Apple will keep the music in your library for 30 days after you’ve stopped paying for the Music app, just in case you want to renew your subscription.

Is It Worth Switching to Apple Music From Spotify?

For a lot of people, it’s worth switching from Spotify to Apple Music, especially because the audio quality is much better with Apple Music, which is important to a lot of music listeners.

As well, there is Siri integration with Apple Music, and it’s generally much quicker and more responsive compared to Spotify.

Also, when you want to make a playlist, you’ll find it’s a lot easier to do with Apple Music.

Apple Music isn’t free with Amazon Prime, since the company has its own music streaming service called Amazon Prime Music.

That being said, Amazon Music is similar to Apple Music, and it’s free with a Prime membership.

So, if you have Prime, you’d be wise to check that out before paying for Apple Music.

Is Apple Music Free With Verizon?

Verizon does run special promotions where you can get Apple Music for free if you sign up for one of the Unlimited plans, including the 5G Unlimited plans.

For example, if you have the Verizon 5G Get More plan, you will have Apple Music for free as long as you have that plan.

However, you’ll only have a 6-month free trial with 5G Do More, Play More, or Start.

Is Apple Music Free for Students?

Apple Music isn’t free for students, but with the Apple Music Student plan, you can get a 50% discount so you’ll only pay $4.99 per month for the service.

To learn more, you can also read our posts on whether or not Apple owns Beats, whether Apple Music is free, and do Apple watches have cameras.

Apple Music isn’t free, but you can get a free trial offer, so you’ll know whether it’s right for you before you subscribe. Additionally, there are four subscription plans offered by Apple Music starting at $4.99 per month and going to $14.99 per month.

However, if you cancel the subscription, you lose all of your music. That being said, Verizon offers free Apple Music with the 5G Get More plan, and also offers 6-month free trials for the other Unlimited plans, and Apple offers a discount for students.