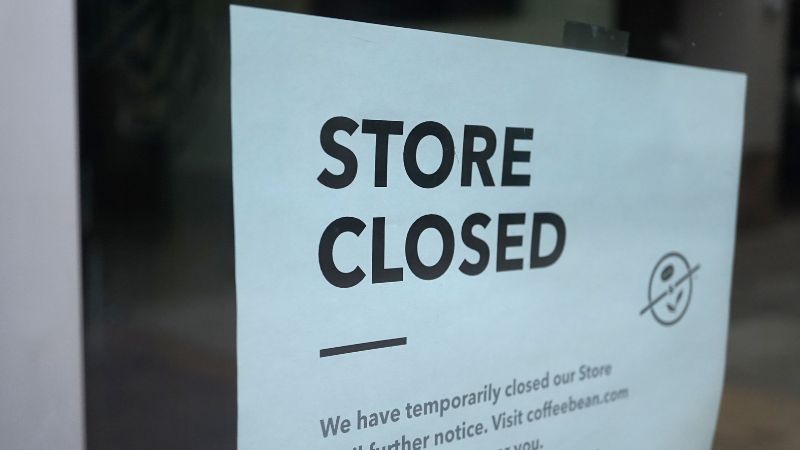 In past years Chick-Fil-A has been rumored to close particular restaurants permanently or temporarily for remodeling and business revival.

If you are wondering whether Chick-Fil-A is closing, you are not alone! I wondered the same thing, so I decided to conduct in-depth research on the matter. Here is everything I uncovered!

Chick-Fil-A has not provided any official information regarding its intention to close permanently as of 2023. At times, Chick-Fil-A closes an outlet temporarily to give room for renovations of the locations. For example, a Chick-Fil-A located in Killeen is set to close for 13 weeks for renovations. Moreover, Chick-Fil-A usually closes every Sunday and reopens Monday.

Keep reading if you want to learn more about why Chick-Fil-A is closing some of its restaurants and whether it affects your local restaurant!

Is Chick-Fil-A Closing For Good?

Chick-Fil-A has not provided any official information that it intends to close all its outlets anytime soon.

That said, although there have been numerous rumors in the past, especially after the permanent and temporally closure of some Chick-Fil-A outlets, the chain restaurant is safe.

Actually, there is no legitimate indication that it anticipates closing permanently in the near future.

Moreover, it remains among the most prominent American fast-food franchises, with a net worth of $15 billion.

What Can Make Chick-Fil-A Close Down A Restaurant?

Chick-Fil-A can close down restaurants temporally or permanently, and the reason for the closure will determine the decision.

In most cases, Chick-Fil-A closes down restaurants temporarily for the following reasons.

Typically, renovations at Chick-Fil-A take a few weeks, and in most cases, remodeling of the restaurant takes place.

Ideally, one of the tasks of Chick-Fil-A’s Strategic Reinvestment Team is to visit all the locations to identify restaurants that are ideal for reinvestments.

Then, the identified restaurants will have to be closed down temporarily to give room for renovation.

Moreover, the renovations can include adding a second drive-thru, expanding the kitchen, and enhancing the furniture awnings and counters.

When Chick-Fil-A closes a location for health concerns, the decision is only applicable if it is not safe for customers to dine in restaurants.

Is Chick-Fil-A Closing In Texas?

Currently, Chick-Fil-A is not closing in Texas. Rather, Chick-Fil-A outlets in Texas were only closed down temporarily in 2020 due to health-related concerns.

During the closure, Chick-Fil-A continued to offer services through the drive-thru, curbside, takeout, and third-party delivery services.

When Is Chick-Fil-A Closing In Charlotte?

According to the Worker Adjustment and Retraining Notification Act (WARN), the closing of Chick-Fil-A Franklin Square will result in the job loss of 117 employees.

More importantly, as Chick-Fil-A Franklin Square closes, a new store will open on Cox Road in Gastonia in the summer, owned by Nolan Hatley.

Why Is Chick-Fil-A Closing In Killeen?

Chick-Fil-A in Killeen is set to close for 13 weeks to provide room for renovations.

However, these activities are not set to affect the other two locations in the area, namely, Copperas Cove and Harker Heights.

Consequently, Killeen Chick-Fil-A fans will be forced to outsource their chicken sandwiches elsewhere for 13 weeks.

In the meantime, Chick-Fil-A will move the current workers at the Killen location to the two unaffected areas (Copperas Cove and Harker Heights).

Is Chick-Fil-A Getting Rid Of Menu Items?

Due to unavoidable circumstances or to enhance the current menu, Chick-Fil-A gets rid of some items. However, this rarely happens to avoid disappointing loyal customers.

For instance, Chick-Fil-A made public its decision to remove the bagel and decaf coffee from the breakfast menus in the spring of 2021.

In defending its decision, Chick-fil-A said that the changes were to allow room on the menu for seasonal and limited-time-only items like the Chicken Tortilla Soup and Grilled Spicy Deluxe.

Unfortunately, Chick-Fil-A’s fans were upset by this decision and decided to start a petition on Change.org to compel Chick-Fil-A to add Sunflower Multigrain Bagel to the menu.

Despite the petition attracting over 60 signatures, there are unlikely changes to be made since Chick-Fil-A has indicated a sign of not causing further changes to its menu.

In a quick move to counter fallouts with customers, Chick-Fil-A has given recommendations to customers for navigating the menu without the bagel.

Additionally, the company has assured its customer that items previously made with bagels can be enjoyed with an English muffin or buttermilk biscuit.

Why Is Chick-Fil-A Closed On Sundays?

As a staunch Christian, the chicken chain’s founder, Truett Cathy, set aside Sundays as the closing day to honor his religion and attend church services.

Additionally, Sundays allow his employees to rest and reflect on the past week’s activities. Moreover, family members use this chance to bond more with their families.

However, reports from some experts argue that closing on Sundays is a business strategy to boost the overall sales at Chick-Fil-A restaurants.

With that, the same report underscores losses from Chick-Fil-A closing on Sunday, as an estimated loss of more than $1 billion in sales every year.

How Does Chick-Fil-A Closing On Sundays Pay Off?

The strategy gives Chick-Fil-A’s employees and franchisees ample time to take off on Sundays, and break work boredom, thus building up new energy at the workplace.

Also, this tradition has boosted sales at Chick-Fil-A by pushing more customers to purchase more on Saturday, knowing that the restaurants shall remain closed on Sunday.

In its whole period of operations, Chick-Fil-A has often decided to close some of its locations temporarily or permanently.

That said, closing these chains is sometimes occasioned by renovations of the locations, low sales recorded by some chains, and sometimes a staff shortage.