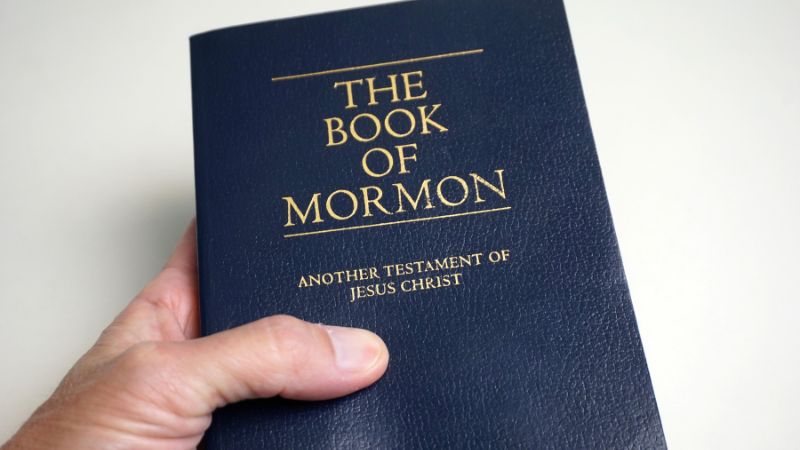 Many founders wish their business enterprises to reflect what they believe and deliberately base them on those principles.

There is a perception that Chick-Fil-A is run according to Mormon doctrine. How true is this? Stay with me to find out what I uncovered!

Chick-Fil-A is neither Mormon nor has any Mormon affiliations as of 2023. The company’s founder, S. Truett Cathy, was a Southern Baptist and based his business on his church’s teachings. Several elements of Christian practice remain in how Chick-Fil-A conducts business, but the company has softened its stance on donating to causes outspoken against LGBTQ.

Read on to find out which religion Chick-Fil-A is affiliated with and the extent to which business decisions are based on religious doctrine!

No, Chick-Fil-A does not subscribe to Mormon beliefs, and neither does it have any ties to the Latter Day Saints.

Moreover, Chick-Fil-A was not even founded in Utah, which is the home state of the Latter Day Saints, as many people mistakenly believe.

Truett Cathy, the restaurant’s founder, was a devout Southern Baptist who taught Sunday school for decades.

When he founded Chick-Fil-A, he wished it to be an extension of his faith and instituted traditions based on Christian elements that persist today.

Also, the business remains in the family, and his descendants, devout Southern Baptists, have kept the tradition alive.

So, any similarities between how Chick-Fil-A does business with the Mormon way of doing business are purely coincidental.

Is Chick-Fil-A Affiliated With Any Religious Organization?

Some of how Chick-Fil-A does business espouses religious doctrine, but the company has never declared any official affiliation with a religious organization.

However, Chick-Fil-A supports charities by religious outfits, especially those whose teaching is aligned with Baptist teaching.

However, certain such beliefs have caused a backlash against the company and forced it to relax its stance, especially about supporting anti-LGBTQ causes, even if indirectly.

All of Chick-Fil-A’s CEOs have been from the Cathy family and are devout Baptists and are not Mormons.

The founder, S. Truett Cathy, taught Sunday school in the Baptist church for over 50 years and was never Mormon.

Does Chick-Fil-A Close On Sunday Because It Is Mormon?

Chick-Fil-A does not open on Sundays to honor the day of rest as taught by the Baptist church.

Besides Sundays, the restaurant will not open on Christmas and Thanksgiving days to honor the days and give employees a chance to celebrate.

Further, so adamant is Chick-Fil-A about staying closed on Sundays that it won’t open even in locations where it can make more money on Sundays.

For instance, Chick-Fil-A, located in a stadium, will stay closed on Sunday even if it is game day and guaranteed good sales.

Still, observance of the Lord’s day of rest is not the only reason Chick-Fil-A stays closed on Sunday.

With that, Truett Cathy admitted in an interview that he was often worn out by Sunday that he had to rest and extended the same to his employees.

Therefore, Sunday closure applies to all Chick-Fil-A outlets owned or held under a franchise.

What Other Religious Observances Does Chick-Fil-A Keep?

During the Lenten period, Chick-Fil-A promotes sandwiches without chicken to observe the season.

Further, this is more in solidarity with the customers who observe Lent, which is an observance of Chick-Fil-A’s religious stance.

Also, Chick-Fil-A donates to charity, especially those that espouse its founder and CEO’s same beliefs.

But, concerning donating to anti-LGBTQ charity groups, the company has received such backlash its been forced to go easy on the matter.

Do You Have To Be Mormon To Work At Chick-Fil-A?

Chick-Fil-A’s CEO claims he does not impose his religious beliefs on the company and that Chick-Fil-A does not discriminate based on faith.

That said, many employees have admitted that they did not witness discrimination based on an employee’s religious belief and that the company was very open.

Further, the restaurants have workers of all religious persuasions.

However, some employees claimed that they were discriminated against when they refused to conform to religious practices instituted by the company.

For example, an employee claimed that he was fired when he refused to cut his hair per the religious practices advocated by the company.

Additionally, a Muslim employee sued the company for discrimination at the workplace when he was fired for refusing to join in Christian prayers.

For both cases, Chick-Fil-A chose to settle the matter out of court.

Do You Have To Be Mormon To Open A Chick-Fil-A?

You do not have to be Mormon to be awarded a Chick-Fil-A franchise, and you do not even need to be Christian to apply and be granted the franchise.

However, Chick-Fil-A lets all applicants know that it is built on a solid religious foundation and must be willing to espouse that belief in its business.

Specifically, even if not Christian and Baptist, the applicants must be willing to close on Sunday and be ready to participate in prayers during training and seminars.

So, despite your religious belief, you must be willing to live and promote the owner’s Baptist beliefs.

Further, the founder preferred his franchisees to be married, in the traditional heterosexual sense, and admittedly would terminate the contract of anyone who went against his beliefs on marriage.

On the heels of the backlash against Chick-Fil-A for donating to anti-LGBTQ organizations, the CEO declared that though he was against same-sex relations, that was not Chick-Fil-A’s stand.

That said, the law prohibits the discrimination of people in public spaces based on sexual orientation and employees on similar grounds.

So, it is unlikely Chick-Fil-A would publicly manifest such bias towards an employee or customer.

However, it is different for a person applying for a franchise, as the company has greater leeway here.

Also, given the owners’ stand on the matter and their demand that franchise holders reflect a similar stance, it remains to be seen how open they would be to partnering with LGBTQ people.

Chick-Fil-A is not Mormon and has no Latter Day Saint affiliations. Rather, the founder was Southern Baptist and founded the enterprise on traditional Christian morals.

Also, circumstances have made it necessary to relax its attitude, but it still seeps through and affects the business.