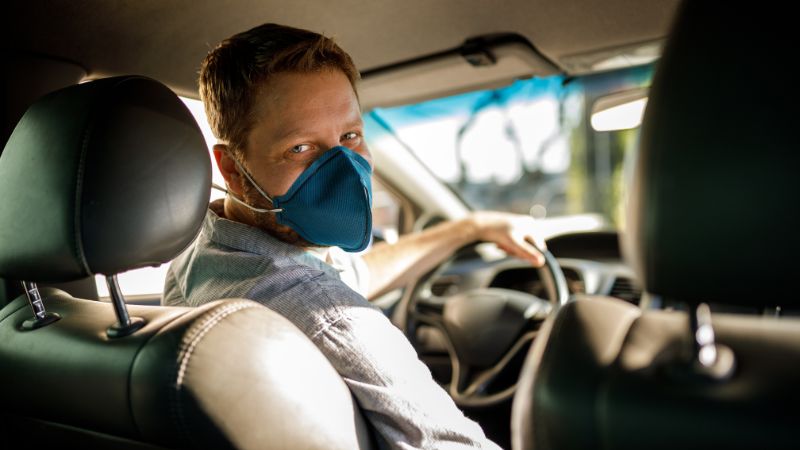 Uber promises its customers convenience by providing on-demand service and it’s easy to see the appeal of this.

For anyone who still needs more information before they commit to the service, we looked into whether Uber is actually 24/7, so keep reading to see what we learned!

Uber is 24/7 because drivers choose when they want to work in 2022. All of Uber’s ride types and services such as Uber Eats are also available 24/7. Uber operates 24/7 in all markets where it’s operational. Despite being available 24/7, Uber users in smaller markets might struggle to find rides during less active times.

To learn everything you need to know about Uber’s 24-hour system, including how effective it is, external factors that affect it and more, read on!

What’s the Earliest You Can Uber?

There’s no limit to how early or late you can Uber because the service is available 24/7.

Since the service is on-demand, you can request a ride whenever you want and get one as long as there’s a driver working in your area at the time.

Why Can’t I Get an Uber?

If there are no Uber drivers in your area, it means that the drivers are currently on rides with other customers or that there aren’t any working at the time.

Uber drivers are independent contractors, meaning that they don’t have set working hours- they decide when and when not to work.

This is most common in smaller towns or rural areas where the number of available Uber drivers is already low.

You might also struggle to get a ride if you have an outstanding payment from a previous ride because your account gets flagged.

This might be due to you not giving the driver less than the required amount when paying in cash or the payment option you used declining the charge after the ride.

Why Are There No Ubers Available Lately?

If you notice a drop where previously you never had issues getting an Uber, you should look into some factors that could affect driver availability in your area.

One of the most common reasons for this is harsher weather conditions, particularly ones that last a long period of time.

For example, in the winter, most drivers work fewer hours because it’s both harder and more dangerous to be out on the road.

If you keep looking for rides during times when the situation is worse, e.g. when it’s dark out, you might frequently struggle to find a driver.

Sometimes it might also be the result of Uber drivers going on strike to demand improved working conditions from the company.

A similar issue is if drivers in your area have conducted a mass switch to a different ridesharing service because they’ve determined it’s better than Uber.

These last two might be harder to find out if you don’t personally know someone.

Why Can’t I Schedule an Uber in Advance?

There are several reasons why you wouldn’t be able to schedule an Uber in advance, including the following:

Uber will pick you up at 4 a.m. because it’s a 24/7 service. This is easiest in a large metropolitan area with substantial late-night and early-morning traffic.

However, getting an Uber at 4 a.m. might prove challenging in some situations, depending on where you’re requesting a ride from and to.

For example, if you live in a small town or rural area where there aren’t many drivers, finding one at 4 a.m. might be harder.

If you’re looking to be picked up in an area that drivers would consider unsafe at that time of night, then it might take longer for you to get a ride.

Where you’re requesting a ride also affects your chances of getting one at 4 a.m.

If your destination is a long way out, or it’s somewhere the driver considers dangerous when it’s dark, then they might reject the offer when they get it.

Uber drivers receive an offer with information on where they’re picking up the rider and the destination along with how much they’d make on the trip, including tips.

If you want to boost your chances of getting a ride faster, you should increase your tip.

Uber customer service is available 24/7, but social media is more reliable for timely responses than email and calls.

To know more, you can also read our posts on Uber Fleet, Uber Green, and Uber Go.

Uber is available 24/7 in every market where it’s operational, but functionality depends on whether there are drivers working when you request a ride.

If you can’t get an Uber it might be because there are few drivers available, e.g. due to a strike or bad weather conditions. You could increase your tip to make getting picked up at any time from and to anywhere more likely.