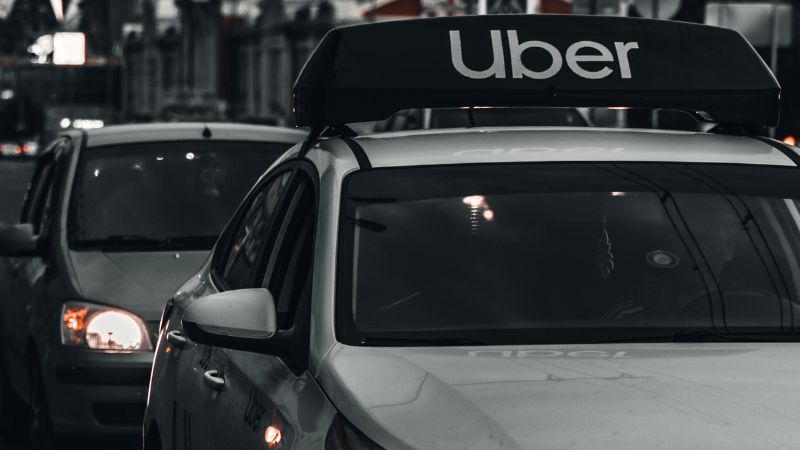 Uber has spent the past few years expanding its offerings to suit its customer’s needs, preferences, and budgets.

One of the products the company has introduced is Uber Green, which we looked into and found the information below!

Uber Green is a ride option that only uses hybrid and fully electric vehicles with low direct emissions in 2022. Uber Green was launched in 2019 and is intended for customers that are looking for more environmentally sustainable rides. Uber Green is also a significant part of Uber’s goal to eventually reach zero emissions across all its ride options.

Continue reading to find out everything you need to know about Uber Green, including where it’s available, which cars it uses, and more!

What Cars Qualify as Uber Green?

Cars that qualify for Uber Green need to be either fully electric or hybrid because the ride option’s main focus is lower emissions.

We looked through a list of approved vehicles for Uber Green in New York alone and found hundreds of cars that can be used for the service.

Our research revealed that pretty much any car that’s either electric or a hybrid qualifies, from entry-level Hondas to luxury Bentleys.

This ride type doesn’t have a hard limit on capacity or size as long as the vehicles have 4 doors and can carry a minimum of 4 riders at once.

This means that, probably more than any other Uber option, you’re going to find a wide variety of vehicles when you request a ride.

Some of the most common cars for Uber Green include the following:

How Can I Get a Tesla for Uber?

You can get a Tesla for Uber Green through Hertz. Uber recently partnered with the rental company to make Teslas more accessible to drivers.

Through this partnership, drivers could rent the vehicles at $334 a week, but this is expected to fall to $299 or less when the program becomes more widely adopted.

If you’re interested in getting a Tesla for Uber Green through Hertz, you’ll need to have a rating of at least 4.85 stars and 150 completed trips.

Do Uber Teslas Need to Be Green?

Teslas used for Uber used to be green and branded with the company’s decals but they don’t need to be marked in this way anymore.

Today you can use a Tesla for Uber and it doesn’t have to be green or even indicate outwards that it’s used for Uber.

This is because these cars have become commonplace enough that they’re treated like other vehicles.

Uber Green is not shared in that it does not operate like Uber Pool.

However, the cars used for the service can carry a  minimum of 4 riders at a time so you can bring more people of your choosing with you.

However, Uber Green is not that much more expensive, usually costing only $1 more per ride than Uber X.

Half of this goes to the driver using fully electric vehicles and is intended to motivate them to adopt these kinds of cars for the job.

Uber Green pays more but only by a marginal rate and for drivers using fully electric vehicles, usually only 50 cents higher than the standard ride type.

This rate is part of a temporary incentive available in the US and Canada that’s supposed to push drivers to choose to use fully electric vehicles.

Uber caps the earnings a driver can make from the incentive at $4,000 per year.

What Is the Difference Between Uber X and Uber Green?

Uber X and Uber Green differ primarily in the focus on what the vehicles run on.

Uber X is the standard ride type and uses regular gas-powered vehicles while Green only uses cars that are hybrid or fully electric.

Uber Green is nowhere nearly as available as Uber X because it’s still being tested in key markets, as we’ll discuss below.

Both Uber X and Green are similar in that the vehicles used need to have 4 doors and a minimum capacity of 4 riders at once.

Uber Green is not the same as Greenlight.

Uber Green is a ride type that uses hybrid and fully electric vehicles while Greenlight is a service where drivers can go to physical locations, called Greenlight Hubs, to report issues.

How Much Luggage Is Allowed in Uber Green?

Uber Green allows as much luggage as you can fit inside the car and this is what’s not certain until you request the ride.

As we’ve discussed already, Uber Green uses a wide variety of vehicle types because its main focus is on hybrids and fully electric cars.

Full-size SUVs like the Ford Explorer are eligible, as are small hatchbacks like the Toyota Prius so capacity isn’t a sure thing.

To be on the safe side, we recommend only bringing luggage that can fit into the back when the rear seats are folded down and you’re riding by yourself.

Otherwise, if you’re concerned about having a lot of space for luggage and riders you could go for ride options that only use large vehicles like Uber XL.

What Cities Is Uber Green In?

Uber Green is currently only available in about 1,400 cities in the US, Australia, Mexico, India, and Europe.

Even in these cities, you should only expect to find it in the downtown areas and not the suburbs.

To know more, you can also read our posts on Uber Go, Uber Comfort, and Uber Cash.

Due to these less restrictive requirements, Uber Green vehicles can be anything from compacts to full-size SUVs. Some of the most common vehicles for Uber Green include Teslas, Nissan Leaf, Chevy Bolt, and Priuses.