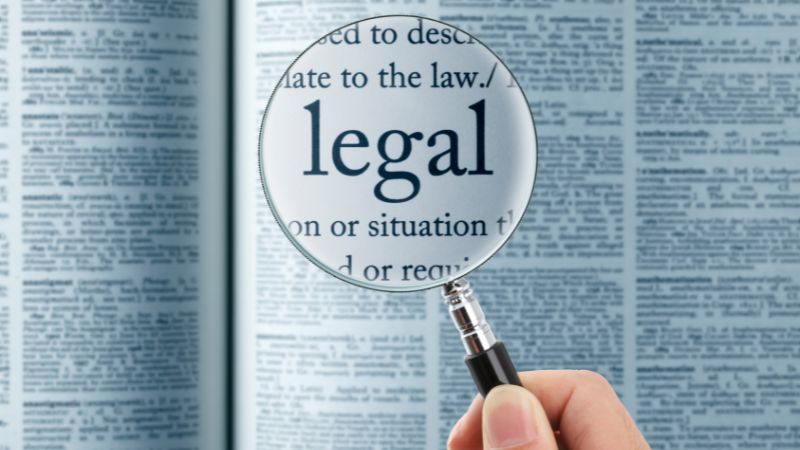 Gig economy services like Uber have been the subject of debate since they came onto the scene with regards to how legal they are.

So, if you’re someone that has also had these questions, either because you’re just curious or because you want to know before working for them, we did some research into how legal Uber is, so keep reading to learn more!

We can’t say whether Uber is legal, but it operates in a way where it’s technically not illegal in 2022. In many regions, Uber had a hard time gaining traction as a relatively new concept due to local regulations, ending up banned or held up in court for years. Some of Uber’s legal issues involve surge pricing, licensing, and insurance.

Keep reading to find out everything you need to know about Uber’s legal status, including how it handles taxes, its legal issues over the years, and more!

Uber’s surge pricing model is still going through the process of deciding whether it’s legal, so we can’t say yet.

In 2015, Uber was sued for allegedly breaking antitrust regulations by working with drivers to drive up prices through surges.

This lawsuit was dismissed in 2020, but the person that originally filed it wants it back in court, saying that the original arbitrator was acting out of fear.

A paper published in the Virginia Journal of Social Policy, and the Law in 2019 contains an argument as to how Uber is using a loophole to ensure that surge pricing isn’t declared illegal.

This paper looks at laws that are intended to ensure fair pricing and competition by requiring that all customers are charged the same for products.

According to the author, Uber says that it provides a service that connects riders with drivers and not a product, meaning that laws which govern products do not apply to it.

Is Uber Legally Responsible for Its Drivers?

Uber classifies its drivers as independent contractors, meaning that it’s legally not responsible for them even when they’re actively working.

However, this is our analysis of how the current system is intended to work, and it’s up for interpretation, so you shouldn’t consider it legal advice.

In case something happens, the ensuing court case could very well find that Uber is responsible for its drivers in some way, meaning this isn’t set in stone.

That said, Uber has taken some steps to assume some responsibility for its drivers by providing insurance in the case of an accident.

This policy covers different aspects of the job with their own provisions, such as when waiting for an offer, during trips, or when doing Uber Eats.

It’s only available to people that have their own insurance coverage and is used when they’ve already filed a claim and been turned down.

Where Is Uber Illegal?

Uber is currently illegal in Brussels, Bulgaria, and Thailand, with legal battles ongoing in several other countries.

In many of these cases, Uber is facing being declared illegal, mainly due to licensing requirements that were introduced for traditional taxi companies.

Most of these regulations prevent private individuals from providing public transportation with their own cars, making Uber’s business model tough to run.

In some countries like Morocco and South Korea, Uber wasn’t declared outright illegal but was unable to comply with laws or court decisions, so it suspended operations.

What Are Uber’s Legal Problems?

Uber’s legal problems are mainly centered around the following issues:

These issues have kept Uber from making inroads, tied up in court, suspended, or explicitly banned in several places across the globe.

How Do I Subpoena Uber Records?

To subpoena records from Uber, you’ll need to follow these guidelines:

There are three types of subpoenas that Uber can respond to:

Uber says that it will ignore subpoenas that have no legal basis, and are vague or inappropriate, so even following these guidelines doesn’t guarantee a response.

To learn more, you can also read our posts on Uber One, Uber X, and Uber Green.

Whether Uber is legal is something that’s being contested in many places around the world because it’s still a relatively new type of service. Many of Uber’s legal problems have to do with insurance, licensing, antitrust concerns, and employment laws.

Uber classifies its drivers as independent contractors to reduce its liability and argues that it operates in ways that make it distinct from traditional taxi companies. This is done to try and avoid some of the regulations imposed on those industries.