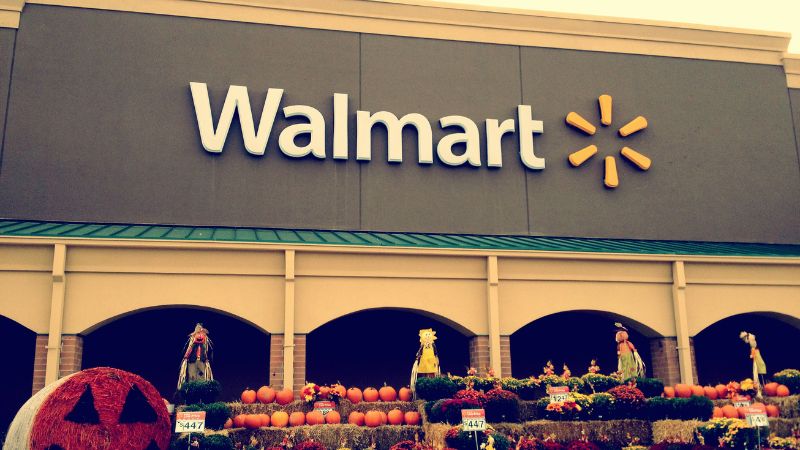 Walmart is one of the world’s leading retailers, with approximately 10,500 stores and clubs across the globe.

On the other hand, Kroger is the largest supermarket chain in the US and the second-largest general retailer after Walmart. While these two stores are the biggest competitors, how do they stack up against each other? Here’s the truth!

Kroger and Walmart are in the same business because they specialize in providing similar products and services as of 2022. Although Walmart is bigger, both companies have several stores under their banners operating in different states across the country, making them the leading retailers in the US. However, they also have several differences that set them apart.

Keep on reading to learn more about the differences and similarities between Kroger and Walmart, who is cheaper, their services, locations, and working environment!

Kroger Vs. Walmart: What Are They Known For?

Kroger is well known for its superstores and grocery stores operating across 35 states in the US.

While most stores operate under the Kroger brand, some are subsidiaries and divisions operating under different brand names.

Also, this store offers a variety of products in all its stores. On the other hand, Walmart is known for its Supercenters, vast inventory, and low prices on products.

Since the establishment of Walmart in 1962, the store has uniquely shaped the retail industry in the US.

While Kroger has about 2,800 grocery retail stores operating under its family of companies, Walmart has 10,500 stores and clubs under 46 banners located in 24 countries worldwide.

Further, these Kroger Stores are distributed across 35 states, mostly in the Southern and Midwest states.

Unlike Walmart, which has stores outside the US, Kroger is yet to expand to other countries.

Kroger and Walmart have the same type of products in most stores; however, the brand, variety, and selection can vary.

When shopping at Walmart, customers can find almost every product they need. For example, Walmart Supercenters carry the following:

On the other hand, Kroger has more than 225,000 products ranging from general merchandise to food and apparel.

Walmart is renowned for its low prices; therefore, most customers shop there when they need to save money.

Compared to Kroger and other retailers, Walmart is relatively cheaper, especially in terms of grocery prices.

However, Kroger is less expensive than Walmart in items such as dairy, proteins, and overall produce.

According to a survey, Walmart is actually 4% cheaper than Kroger. Although Kroger offers steep discounts on most products, organic items are still more expensive at the stores.

Further, both stores have been aggressively lowering the price of their products, but Walmart appears to be winning.

As a retail business, Kroger operates multi-departmental stores and supermarkets under several banners.

Apart from the supermarkets, Kroger also has pharmacies, chains of jewelry stores, and private brands.

On the other hand, Walmart has additional services such as banking, auto services, pharmacies, and vision centers inside select stores.

Kroger has several private label brands sold in most of its stores, including Simple Truth, Simple Truth Organic, and Heritage Farm.

Also, Walmart has private-label goods, including home décor, foodstuff, and apparel. Still, the most common ones include:

Since its establishment in 1883, Kroger has acquired several stores as part of the retailer’s expansion plan.

For example, these subsidiaries include marketplace stores, supermarkets, and multi-department stores.

Moreover, some of the companies owned by Kroger include:

That said, while Walmart stores are located across the world in Africa, Canada, Chile, Central America, China, India, and Mexico, all Kroger divisions are within the U.S.

Kroger remains the largest supermarket chain in the US; therefore, it generates a high revenue thanks to its subsidiaries.

Statistics show that in 2021, Kroger made more than $69 billion in revenue through the sale of non-perishable products.

Despite the low prices, Walmart is quite profitable. That said, based on the recent financial results in February 2022, Walmart Inc.’s sales exceeded $150 billion in Q4.

If you check customer reviews on Trustpilot, Kroger scores slightly higher than Walmart in terms of customer service.

Further, most of the complaints are due to poor customer service, issues with the product quality, and wrong online deliveries.

All Kroger stores will accept returns 30 days after delivery or purchase. Also, you can either return the products in-store to the nearest Kroger location or send them back via mail.

According to the return policy, you must have the original receipt for a full refund or exchange, and the product should be in the original packaging.

On the other hand, Walmart has a 90-day return period. Moreover, you can either take the items to the store, send them via mail for free, or schedule a pick-up from your home.

Is It Better To Work For Kroger Or Walmart?

So, if you compare the work environments based on employee feedback on Comparably, Walmart has a better rating than Kroger.

However, both receive some complaints about the overall culture, pay, and benefits that employees get.

To know more, you can also read our posts on Kroger vs Publix, Kroger vs Whole Foods, and Kroger competitors.

Kroger and Walmart are in the same business because they specialize in providing similar types of products and services.

Although Walmart is bigger, both companies have a vast number of stores under their banners operating in different states across the country, making them the leading retailers in the US.