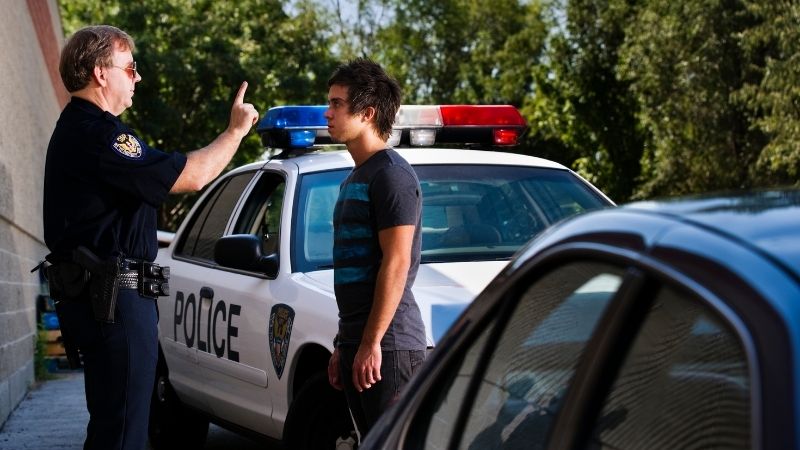 Uber Eats has allowed several people to use their vehicles to earn some extra cash on the side with a lot of flexibility.

Driving offenses are usually a disqualifying factor in most jobs where vehicles are involved. If you’re interested in whether this is also the case regarding Uber Eats’ DUI policy, read on!

To find out everything you need to know about Uber Eats’ DUI policy, including how charges are found out, what else could affect your chances, and more, read on!

Does Uber Eats Do Background Checks?

Uber Eats conducts background checks on all applicants before they get approved, which looks into the driver’s criminal and driving records.

Background checks with Uber Eats should take between three and five business days to complete. In some cases, they could take longer due to factors like:

Fortunately, you can keep tabs on the progress of your background check from your Checkr profile as you wait for a response via email.

What Does Uber Eats Look For In A Background Check?

Uber Eats uses a background check to look through each applicant’s criminal records and driving history.

That said, this check is relatively thorough, and it’s likely going to reveal a DUI if it’s on your record.

Moreover, your driving history would consist of things like violations and the particulars of your driving license.

Also, Uber Eats looks for how long you’ve been driving and compares it to your age to estimate how well you would perform on the road.

If you’re 24 and younger, you need at least three years of driving experience in the US. If you’re 25 and older, you only need one year.

Additionally, even if your background check comes back clean and you get approved, Uber Eats still runs automatic ongoing checks on drivers.

With that, this means that if you get a disqualifying mark on your record, like a DUI, after approval, the company will still get notified and take action.

What Disqualifies You From Working For Uber Eats?

Any felony conviction will disqualify you from working for Uber Eats, and it doesn’t even have to be a conviction; a charge alone is enough.

According to Uber Eats, the following will disqualify you from consideration or get your account banned:

For some of these offenses, you’ll lose access to the Uber Eats platform until they get resolved in your favor, either through getting acquitted or having the charges dismissed.

Also, your driving license status determines whether or not you get approved for Uber Eats.

If it’s invalid, i.e., expired or suspended, or not from the country you’re applying to, you’ll be disqualified regardless of citizenship.

Lastly, you need to be licensed to operate the kind of vehicle you’re signing up to use.

For example, you might get disqualified if your license says you’re only cleared to drive cars, but you’re signing up to make deliveries using a motorbike.

Can You Get Suspended From Uber Eats?

Yes, you can get suspended from Uber Eats for certain violations that aren’t serious enough to get you banned immediately after they come up.

For example, one of the most common reasons why drivers get suspended from Uber Eats is when they need to update their personal information, such as insurance.

However, if you get a DUI conviction, you’ll likely get banned from being an Uber Eats driver for life.

Uber Eats does not hire drivers with a DUI on their record.

When you apply for Uber Eats, you’ll have to undergo a background check that will reveal a DUI if it happened within the last seven years.

That said, this means that if you get a DUI after being approved as an Uber Eats driver, the company will get notified.