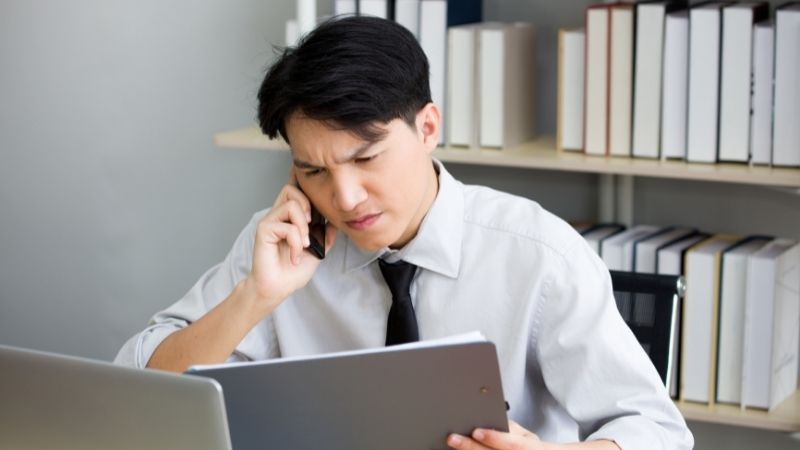 Anyone who places an order on a restaurant delivery service like Uber Eats does it because it’s a more convenient way of getting food.

Why Did My Uber Eats Order Get Canceled In [currentyear]?

Continue reading to learn everything you need to know about canceled orders from Uber Eats, including what to do, what happens behind the scenes, and more!

What Do I Do If Uber Eats Cancels My Order?

If Uber Eats cancels your order, you should report it to customer service as soon as possible and see if you’re eligible for a refund.

That said, your order might have gotten canceled because the restaurant is closing, so you should look up its operating hours to see if that’s the issue.

If the restaurant is still open, the order might have gotten canceled because the staff was busy, so you could try waiting a while or order from elsewhere.

Also, delivery drivers can cancel orders from Uber Eats after accepting them if they can’t find the address or it’s far away.

In this case, you could place the order again with a higher tip for the driver.

What Happens When Your Uber Eats Order Is Canceled?

When your Uber Eats order gets canceled, what happens depends on the reason for doing so, who did it, and when it was done.

For example, if the order gets canceled before leaving the restaurant, the staff decides what to do with it, e.g., serving it to someone else or throwing it out.

But, if the order gets canceled after the Uber Eats driver already picked it up, but before dropping it off with the customer, Uber tells them to “discard the food safely.”

Essentially, this means that the driver could eat the food themselves, throw it away or give it to someone else.

Uber Eats refunds canceled orders in some cases, especially when the customer didn’t cancel it, or they did it before the food left the restaurant.

However, if the order was canceled by someone other than you, but it was done because the driver tried and failed to reach you, you might not be eligible for a refund.

Additionally, Uber Eats drivers are directed to try and contact the customer for eight minutes before canceling the order, and you should be reachable within this timeframe.

Does Uber Eats Still Charge If You Cancel?

Uber Eats still charges if you cancel when you take more than 48 hours to follow up about getting your money back.

Also, I found one report from a Reddit user who said Uber Eats wouldn’t refund them for a canceled order because 48 hours had passed and the price couldn’t be adjusted.

How Do I Get A Refund From Uber Eats?

To get a refund from Uber Eats, you should contact the customer service team as soon as possible and report the cancellation.

Also, you will need to explain the circumstances around the order getting canceled so they can determine whose fault the cancelation was.

Then, if they determine that it was someone other than you, you could be eligible for a refund or at least a comped meal.

How Long Does Uber Eats Take To Refund A Canceled Order?

Uber Eats could take between one and five business days to issue a refund for a canceled order depending on how long it takes to review the case and how fast your bank processes payments.

To know more, you can also read our posts on Uber Eats order never arrived, what time do Uber Eats stops delivering, and what is Uber Eats Pass.

When Uber Eats cancels your order, it might be because the driver couldn’t find your address, tried and failed to contact you, or they think you’re too far away from their location. Also, restaurants could cancel Uber Eats orders if they’re swamped or received it close to closing time.

To decrease the chances of your Uber Eats order getting canceled, you should try ordering long before the restaurant’s closing time and offer a big tip to motivate drivers to make the delivery.

Finally, Uber Eats issues refunds for canceled orders in many cases as long as it wasn’t the customer’s fault.