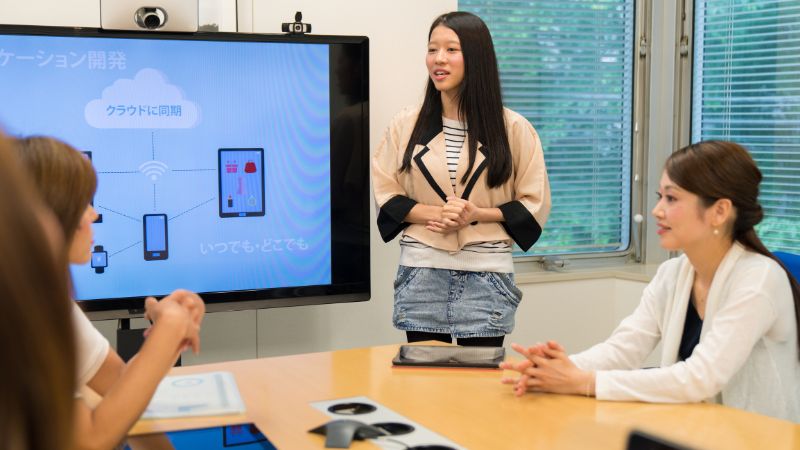 Do you want to learn about Amazon Athena? Are you wondering what it is and how it works?

This blog post will cover all you need to know about Amazon Athena. Plus, we’ll give some examples of how you can use this service in your own business!

Amazon Athena is a cloud-based data analytics service offered by Amazon in 2023. Using Athena, you can query data stored in Amazon S3 using standard SQL expressions without setting up and managing a database. This service is very cost-effective since users pay by query, so it’s perfect for small businesses wanting to get more value from their data.

Keep reading as we take a look at what Athena is, how you can use it to analyze your data, and discuss some of the features that make Athena stand out from other data analytics services!

When Did Amazon Announce Athena?

Amazon AWS announced Amazon Athena at re:Invent 2016. Since then, it has become one of the most popular services on AWS.

Is Amazon Athena a Database?

Amazon Athena is not a database. It is a serverless query service that allows users to analyze data stored in Amazon S3 using standard SQL.

What Is Amazon Athena Based On?

Under the hood, Athena is based on Presto, an open-source distributed SQL query engine. Initially, Presto was developed by Facebook and is now an Apache project.

Presto was designed to run on large data sets and can handle queries that are too complex for a traditional relational database. Therefore, it is a perfect fit for Athena.

What Is Amazon Athena Used For?

Athena can be used for a variety of tasks, such as:

What Are Key Features of Amazon Athena?

So, now that you know what Amazon Athena is, let’s look at some of the key features that make it so powerful:

As we mentioned before, one of the key features of Athena is that it is serverless, which means that there is no infrastructure to manage.

Simply create a query, and Athena will take care of the rest. This saves you time and money, but it also makes Athena incredibly easy to use.

Another critical feature of Athena is that it uses standard SQL. This means that if you’re already familiar with SQL, you’ll be able to get up and running with Athena quickly and easily.

Even if you’re not familiar with SQL, Athena includes a built-in query editor that will help you write your queries.

In addition, Athena is also highly scalable. This means that it can handle large amounts of data without sacrificing performance.

Integrated With Other AWS Services

As we mentioned before, Athena integrates with other AWS services such as Amazon QuickSight and Amazon Machine Learning.

This makes it easy to get started with Athena and get the most out of your data.

Furthermore, Athena is also fully managed, so users don’t have to worry about patching, upgrading, or monitoring the service.

This frees up your time to focus on more important things, like building your business.

Last but not least, Athena is exceptionally cost-effective. Business users only pay for the queries they run, and there is no minimum fee.

Overall, this makes Athena a desirable option for businesses of all sizes.

How Does Amazon Athena Work?

Now that you know what Amazon Athena is and some of its key features, let’s see how it works.

At its core, Athena is a query service that allows you to analyze data stored in Amazon S3 using standard SQL.

So, if you have data stored in S3, you can use Athena to run queries on that data without setting up a separate data warehouse or sinking your money into expensive data-mining software.

In order to use Athena, you first need to create a table. This table will point to the data that you want to query. Once the table is created, you can run SQL queries against the data.

Once a query is run, the results are stored in an S3 bucket. These results can then be accessed using tools like Amazon QuickSight or Amazon Redshift for further analysis.

That’s really all there is to it. As you can see, Athena is a straightforward service that can be used to get valuable insights from your data.

How Much Does Amazon Athena Cost?

Amazon Athena is a cost-effective service since users only pay $5/ TB of scanned data. Click here to receive a customized pricing estimate for your business.

What Are Some Alternatives to Amazon Athena?

There are a few alternatives to Amazon Athena, such as Amazon Redshift and Google BigQuery.

However, Athena is generally considered to be the best option due to its ease of use, scalability, and cost-effectiveness.

How Is AWS Redshift Different From Amazon Athena?

One of the main differences between AWS Redshift and Athena is that Athena is a query service while Redshift is a fully managed data warehouse service.

How Do I Connect to Amazon Athena?

To connect to Amazon Athena, you will need an Athena JDBC or ODBC driver. You can find more information about how to connect to Athena in the Athena documentation.

Simply sign in to your AWS Management Console and select Athena from the services menu to start with Amazon Athena.

Afterward, follow the instructions in the Athena user guide to create a table and run your first query.

To learn more, you can also read our posts on Amazon B2B or B2C, Amazon captcha not working, and is Amazon website not working.

Amazon Athena is an excellent tool for querying data stored in S3. It’s cost-effective and easy to use, making it an ideal option for businesses of all sizes.