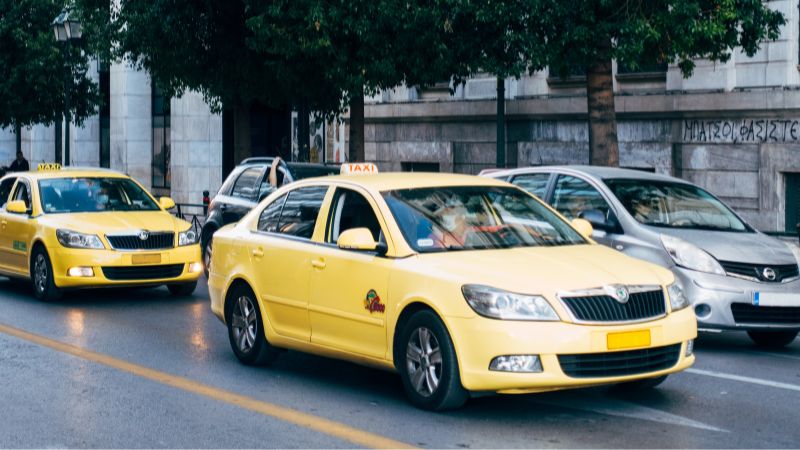 Uber has grown to provide several different products and ride types that are meant to cater to different customers.

Among their products is Uber Cab, which unfortunately doesn’t have a lot of information around it. To fix that, we gathered everything you need to know about Uber Cab in the article below!

What Is Uber Cab in [currentyear]?

Uber Cab, or UberTaxi, is a ride option that uses traditional taxi cabs for trips in [currentyear]. When you request an Uber Cab ride, you’ll get matched with a driver using a taxi, but everything else works like regular trips, including payment and GPS tracking. Uber Cab was also the original name for Uber until it was changed in 2010.

Find out all you should know about Uber Cab in this article, including how to get one, where it’s available and other useful and related facts!

How Can I Call an UberTaxi?

To call an UberTaxi, you only need to follow the same procedure to call a regular Uber and select it from the ride options.

However, note that whether it shows up among the list of available ride types depends on if it has launched in your area or not.

What Is UberTaxi Used For?

UberTaxi is used primarily for people that don’t want to take rides in the vehicles of regular ride-share drivers and would rather use a traditional cab.

For these people, the process is simplified by allowing them to request the ride instead of having to hail one down on their own.

On a larger scale, it could be seen as a strategy to address the tensions between ride-sharing and traditional cab companies by combining their biggest strengths.

Is UberTaxi Available in My Area?

UberTaxi is currently available in very few markets because it requires collaboration between two groups that haven’t always gotten along: ride-share services and taxi drivers.

You can find out whether UberTaxi is available in your area by setting up a trip and looking for it in the list of ride options.

Also, note that UberTaxi is called Uber Cab in Chicago, so that’s what you should be on the lookout for on the platform in the area.

Currently, UberTaxi is available in a handful of cities and is being launched in others, but it’s taking longer than other pilot programs from the company for the aforementioned reason.

One of the major markets where UberTaxi has launched is New York City, where it made its debut in March 2022.

What Is the Difference Between UberTaxi and UberX?

UberTaxi uses traditional cab drivers and vehicles, whereas UberX is the standard ride type on the platform, using the regular, unmarked cars owned by the drivers.

As the standard option, UberX has a much larger network coverage for users of the service, being available wherever the base app has already launched.

Beyond these differences, however, UberX and Taxi are similar in many ways, including in how rides are booked, the cars’ capacities, and the features that riders get.

For example, both can carry up to 4 passengers at once (3 in the back and one in the front) and they are tracked via GPS.

Both options also use cars with trunks, meaning they’re suitable for light luggage without having to sacrifice seating.

For the most part, UberTaxi is safe because it combines the safety features from both Uber and traditional cab companies.

They also fill in the other’s gap in security. For example, taxi drivers only undergo one background check.

However, Uber conducts ongoing checks and flags new developments on the driver’s records.

Another example is in how using marked vehicles makes it less likely that a rider will get into the wrong one because they don’t know what it looks like from the information they receive.

UberTaxi, like the rest of the service and traditional cabs, is available 24 hours and you can request a ride anytime; the only thing that might stand in your way is not finding a driver.

Whether UberTaxi is worth it comes down to preference, but some arguable points in favor of it includes the following:

In most cases, UberTaxi will have AC because many states require that cabs have working air conditioning that the passenger can use.

For example, in New York, yellow cab passengers have a bill of rights that entitles them to the ability to request the driver to turn the AC on or off during the ride.

To learn more, you can also read our posts on Uber Boost, is Uber cheaper at night, and does Uber charge for cancellation.

Uber Cab, also known as UberTaxi, is a ride option that provides trips using traditional taxi cabs and their drivers. UberTaxi is arguably safer than other ride types because it combines the security features from both cabs and ride-sharing apps.