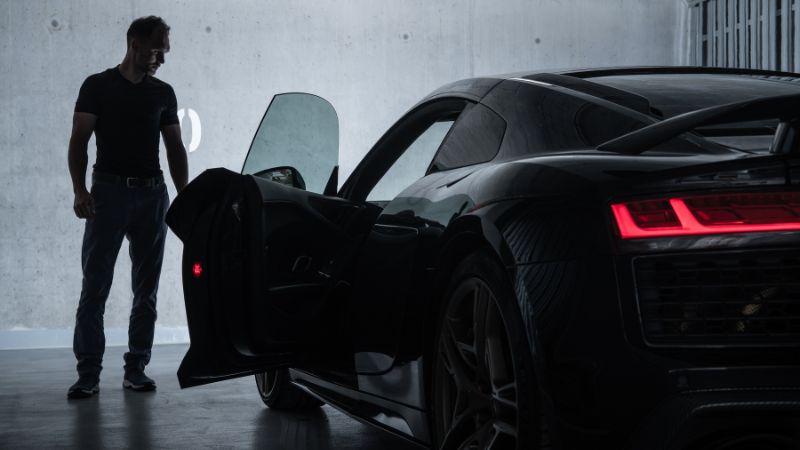 Over the years since it launched, Uber has gone on to introduce different ride options that cater to its customers’ needs.

One such offering is Uber Premier, which has been making its debut in different areas. If you’re interested in learning more about it, read on!

What Is Uber Premier In [currentyear]?

Uber Premier is a luxury ride option that costs more than the standard and gives access to newer, more high-end vehicles. Uber Premier uses sedans and SUVs to provide rides and only matches riders with top-rated, more experienced drivers. As of now, Uber Premier is only available in select markets, primarily ones that don’t have other premium ride options.

Read on to find out all you need to know about Uber Premier, including where it’s available, what cars it uses, and more!

Where Is Uber Premier Available?

Uber Premier is currently available in select markets and is gradually being rolled out to more, with Philadelphia’s addition in early 2022 being one of the latest major launches.

Outside the US, Uber Premier is available where there aren’t many other luxury ride options like in India and Australia.

In Australia, Premier launched in June 2019, but it replaced Black, SUV, and Lux, all of which were discontinued less than 2 months later.

How Do I Unlock Uber Premier?

Assuming you’re in an area where it’s launched, you can unlock Uber Premier by having an average rating of 4.85 based on 250 completed trips.

You’ll also need to submit your car for review because Premier uses luxury vehicles that are 6 years old or newer, as we’ll look at in the section below.

What Kind Of Cars Are Uber Premier?

Uber Premier’s main focus is on luxury cars that can be both sedans or SUVs as long as they’re of a certain value.

According to Uber’s website, the following cars have been approved for Premier:

For these vehicles to be eligible, they need to be not more than 6 years old, meaning they have to be manufactured from 2016 or later at the time of writing this.

Cars used for Uber Premier also need to have leather interiors in order to add to the luxury feel of the ride.

How Many Seats Are There In Uber Premier?

Uber Premier has 5 seats while Uber Premier SUV has 7 seats, making them suitable for 4 and 6 riders at a time, respectively.

What Is The Difference Between UberX And Uber Premier?

UberX and Uber Premier differ in how X is the standard ride type that uses regular cars while Premier provides premium rides in luxury vehicles only.

For this reason, UberX is available in a lot more markets than Premier and is significantly more affordable.

UberX also uses vehicles that are 15 years old or newer, while Premier caps eligible vehicles’ ages at a 6-year maximum.

Is Uber Premier The Same As Uber Black?

Uber Premier is not the same as Uber Black. In fact, in markets like Australia, Premier was introduced to replace Black.

Unlike Premier, Uber Black drivers are required to comply with additional regulations such as having commercial insurance and following the livery laws in their area.

Uber Black also requires the vehicles to be black both on the inside and outside for eligibility, while Uber Premier doesn’t have these color requirements.

However, Uber Black and Premier have several similarities, including:

What Is The Difference Between Uber Premier And Uber Lux?

Uber Premier and Uber Lux differ in how Lux is a more premium ride type than Premier and is often the most expensive ride type where it’s available.

Uber Lux is also less available than Premier, currently only available in Los Angeles after mass withdrawal from other markets.

Both use luxury vehicles but Premier caps the cars’ ages at 6 years while Lux also allows classic and vintage vehicles as long as they still run fine.

What Is The Difference Between Uber Premier And Uber Comfort?

Because most luxury vehicles already have more space for passengers, many cars eligible for Uber Premier are also eligible for Comfort.

However, Comfort doesn’t have requirements for how expensive the car needs to be, meaning that many of its vehicles don’t qualify for Premier.

For example, you can use a Bentley Bentayga for both Premier and Comfort, but you can only use a Honda Accord for Comfort.

Both Comfort and Premier require drivers to have ratings of at least 4.85.

Is Uber Premier Worth It?

Whether or not Uber Premier is worth it depends on your needs and budget, but Uber recommends it for special occasions like weddings and proms.

You should always keep in mind that in most places where it’s available, Uber Premier is the most expensive ride type, and the only benefit it has over other options is that it uses luxury cars.

Before using Premier for any other reason beyond this, you should consider the following:

To know more, you can also read our posts on Uber Green, Uber Fleet, and Uber Comfort.

Uber Premier is a ride type that only uses luxury vehicles and requires drivers to have ratings of 4.85 or above. Eligible vehicles for Uber Premier include both sedans and SUVs that are 6 years old at most and can carry 4 or 6 riders at a time, depending on their size.

Uber Premier is currently only available in a few markets and, in some of them, it was introduced to replace other premium ride options like Lux and Black.