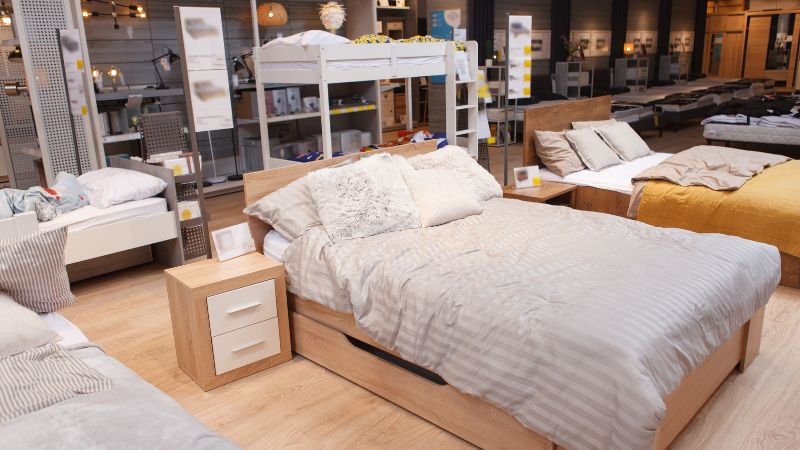 Wayfair is one of the largest online home goods retailers in the country, with 16,000 employees and 12 million square feet of warehouse space in North America and Europe. It was founded by two Cornell grads in 2002, and has rapidly expanded in the years since.

However, with the company gaining more popularity, you may naturally wonder: who is in charge of this Wayfair? Well, I have the answer you’re seeking, so keep reading to learn more!

Wayfair is in the hands of its major shareholders, Niraj Shah and Steve Conine, who co-founded and co-chair the company, as well as shareholders like Fidelity Management, Baillie Gifford & Co., and Morgan Stanley, among others. Shah also serves as CEO of Wayfair, and heads the nine-person board of directors with Conine in 2023.

To learn more about whom the majority owners of Wayfair are, how much of Wayfair Nirah Shah owns, if Wayfair has been owned by Amazon, and even what the CEO of Wayfair makes per year, keep going!

Who Is the Majority Owner of Wayfair?

It’s difficult to say who the majority owner of Wayfair is, but there are some top stakeholders to examine.

According to CNN Business, the top 10 owners of Wayfair (in order of shares owned) include:

Fidelity Management is the top stakeholder, with a 14.82 percent stake in the company and over 11.7 million shares owned with a value of over $700 million.

Next is Baillie Gifford & Co., with an 11.57 percent stake in the company and 9.2 million shares owned with a value of over $546 million.

Morgan Stanley is next, with a 9.63 percent stake in Wayfair and 7.6 million shares owned valued at over $455 million.

Finally, The Vanguard Group has an 8.03 percent stake in the company with 6.3 million shares owned that are currently valued at over $379 million.

However, these VCs aren’t the only ones with major stakes in Wayfair.

Indeed, it was reported in 2020 that with the COVID-19 pandemic raging and many Americans spending every day at home, Wayfair experienced a surge in sales.

That surge pushed Niraj Shah and Steve Conine, co-founders and co-chairs of the board of directors, back into billionaire status.

Forbes reported that both Shah and Conine own “about 11.6 million shares,” putting them just under Fidelity Management’s stake.

However, both Shah and Conine have since sold some of their shares, including on December 1, 2021, when they both sold thousands.

How Much of Wayfair Does Niraj Shah Own? 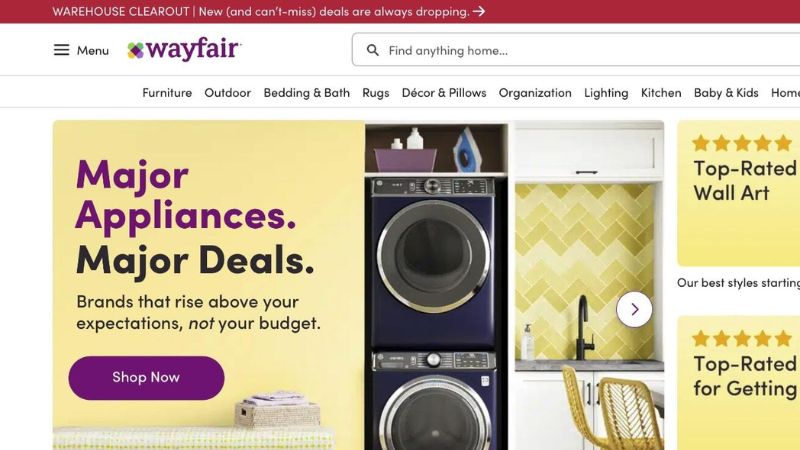 Overall, that would put him at 11.5 or 11.4 million shares – still quite a mountain, but further away from Fidelity Management’s 11.7 million shares.

Is Wayfair Owned by Amazon?

Wayfair is not owned by Amazon, and it never has been. Rather, the two are competitors in the home goods and furniture sector.

Wayfair was founded in 2002 by Niraj Shah and Steve Conine, both Cornell University grads, who began their operations out of a spare bedroom at Conine’s.

The company was originally known as CSN Stores, before becoming Wayfair in 2011.

The home base for the company has always been Boston, MA, whether it was in Conine’s nursery, Newbury Street, Huntington Avenue, or its current HQ, Copley Place.

Shah and Conine currently serve as co-chairs of the board of directors, while Shah also takes on CEO duties.

In contrast, Amazon is headquartered in Seattle, WA and Arlington, VA, its famous founder is Jeff Bezos, and it’s currently under the direction of CEO Andy Jassy.

Are Wayfair and Overstock the Same Company?

Overstock was founded by Patrick M. Byrne in 1999, and is headquartered in Midvale, Utah (near Salt Lake City).

The company sells closeout merchandise and new merchandise, and it constitutes direct competition to Wayfair.

How Much Money Does Wayfair’s CEO Make?

Now, that might sound a little low, considering one of the other Wayfair executives, James Miller, makes $2.6 million in annual salary.

However, when one looks at Shah’s shareholdings, worth hundreds of millions of dollars, the salary is clearly just a symbolic gesture.

To learn more, you can also read our posts on whether or not Wayfair ships to Hawaii, Wayfair’s return policy, and is Wayfair furniture good.

Wayfair is under the ownership of the VCs/shareholders and co-founders Niraj Shah and Steve Conine. Shah does double-duty for Wayfair, serving as co-chair of the board of directors, alongside his co-founder and CEO Steve Conine.