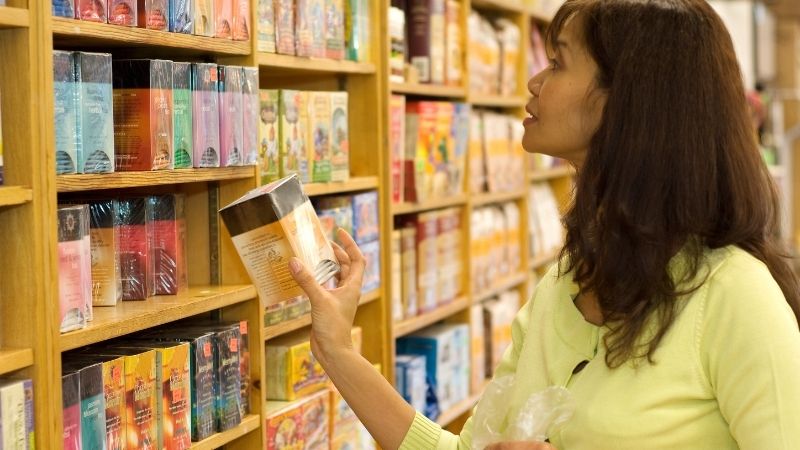 Food Lion is an American grocery store chain that deals in a wide range of products in its more than 1,000 locations.

Similarly, Kroger is the largest supermarket retailer in the U.S., specializing in similar products to Food Lion. This begs the question- does Kroger own Food Lion? Here’s what I discovered!

Although Kroger owns several supermarkets and grocery stores across the U.S., it does not own the Food Lion chain in 2023. Food Lion is currently owned by a separate entity Ahold Delhaize which does not have any connection with the Kroger family of companies. Therefore, although the two stores deal in the same products, they are distinct.

Ahold Delhaize was founded in 2016 after the merger between Dutch brand Ahold and Delhaize Group from Belgium.

This includes Belgium, the Czech Republic, Indonesia, Romania, Portugal, and the Netherlands.

In the United States, Food Lion is managed by the parent company and now has 1,104 stores and 555 pick-up points across the country.

Has Kroger Ever Tried to Purchase Food Lion?

It appears that Kroger has not tried to purchase Food Lion before. Rather, these two retailers have been competing for customers and market share domination for decades now.

How Are Kroger and Food Lion Similar?

While they are not under the same management, Kroger and Food Lion are similar in some ways.

They are both renowned American retail grocery stores that stock different types of products.

You can get almost everything under one roof, from groceries, health and beauty products, and pharmacy, to beer and wine in both stores.

While Food Lion was started in North Carolina, Kroger was founded in Cincinnati, Ohio, before expanding into the rest of the country.

Both Kroger and Food Lion offer discounts, coupon codes, and promotions to their customers.

Therefore, if you need to get items at a cheaper price, you can easily get the best prices from these two stores.

In addition, they both have a huge presence in the U.S. While Kroger has 2,800 locations, Food Lion has 1,000 stores distributed across the country.

Because of this, customers can easily access a local Kroger or Food Lion store when they need to shop.

Which Other Stores Are Affiliated with Food Lion?

Food Lion is not the only brand owned by Ahold Delhaize in the United States.

This parent company has several retail and grocery stores, some acquired by Ahold and others by Delhaize before merging in 2016.

Here are the brands owned by Ahold Delhaize in the United States:

Giant Food has a supermarket and pharmacy section and allows customers to shop online.

In the U.S., Giant has more than 160 stores in states such as Delaware, Maryland, Washington D.C., and Virginia.

The Giant Company has about 190 stores, 104 fuel stations, 132 pharmacies, and 130 online pickup and delivery hubs.

Similar to Giant Food, this supermarket store was acquired by Ahold Delhaize in 1998.

Hannaford was established by the Hannaford brothers in Portland, Maine, in 1883.

Starting out as a small grocery store, the store has expanded to have 180 stores across the United States and 30,000 associates.

Stop & Shop is an American chain of supermarkets that primarily operates in the northeastern part of the country.

Ahold acquired Stop & Shop in 1995 and is now part of the Ahold Delhaize family of companies. Stop & Shop has 415 locations across the country.

Unlike the other physical stores, Peapod Digital Labs is an online grocery based in Chicago and other cities in the U.S.

Since its establishment in 1989, the company at one time had become the largest online grocery delivery company in the U.S.

Ahold Delhaize uses Peapod Digital Labs as the innovation center for all its businesses in the U.S.

FreshDirect is a leading online grocer that delivers groceries direct to customers in their homes or offices.

This subsidiary of Ahold Delhaize operates in Washington D.C., New York, and Philadelphia.

With the main headquarters in the Bronx, New York, FreshDirect was acquired by Ahold Delhaize in January 2021.

Which Stores Does Kroger Own?

Although Kroger does not own Food Lion, it owns about 2,800 grocery retail stores operating under the Kroger family in different states in the U.S., making it the biggest supermarket chain in the country.

Some of the stores under Kroger include the following:

Thanks to its dominant presence in the U.S., Kroger has operations in 35 states across the U.S.

As a publicly-traded company, it earns revenue from sales and operations from all its subsidiaries.

Can You Return Food Lion Items to Kroger?

While these two retail giants specialize in the same products, you cannot return Food Lion items to a Kroger store.

Food Lion and Kroger are completely separate companies with their own distinct leadership and return policies.

Therefore, if you need to return an item to either store, you have to reach out to the individual seller and follow the return policy to get a refund or exchange.

Each of these stores runs a different policy, available on the website. You can also consult the employees or store managers for more information about returning purchased items.

Although Kroger owns several supermarkets and grocery stores across the U.S., it does not own the Food Lion chain as of 2023. Food Lion is currently owned by a separate entity.

Ahold Delhaize does not have any connection with the Kroger family of companies. Therefore, although the two stores deal in the same products, they have distinct operations and are under different management.