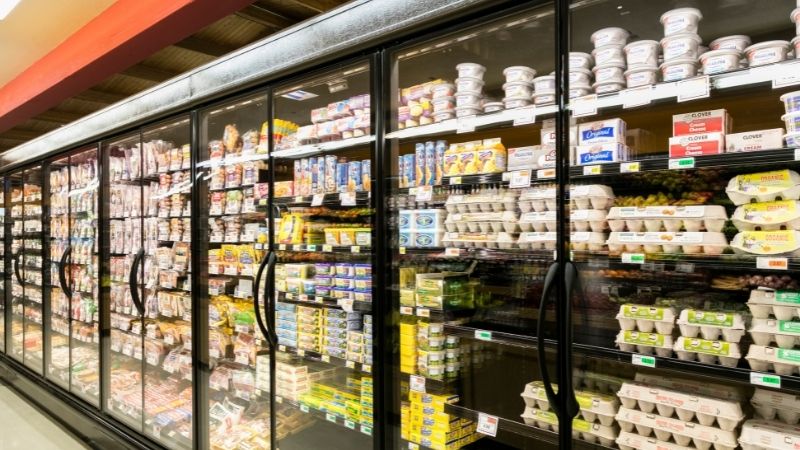 Most large retailers like Kroger acquire other retail chains to grow the size of their businesses and market share.

Currently, Kroger owns about 2,800 grocery stores, so you may wonder- is Turkey Hill one of the companies Kroger owns? Here’s what I found out!

Kroger does not own Turkey Hill as of 2022. Turkey Hill was a subsidiary of Kroger for several years since 1985, but it was sold to a private equity firm, Peak Rock Capital, in 2019 in a $215 million deal. In 2018, Kroger made a separate deal to sell the Turkey Hill convenience stores to UK-based company EG Group.

To learn more about Kroger’s relationship with Turkey Hill and whether the company owns the brand, read on for more useful facts regarding this topic!

Who Is Turkey Hill Owned By?

Despite the acquisition, Peak Rock Capital maintained the Turkey Hill brand name and continued operating the business from Pennsylvania.

Globally, Peak Rock Capital has investments in companies in Europe and North America.

Has Kroger Ever Tried to Purchase Turkey Hill?

Although Kroger does not own Turkey Hill, it has a connection because Turkey Hill was Kroger’s subsidiary from 1985 before it was sold to Peak Rock Capital in 2019.

Currently, the two brands don’t have a connection because Turkey Hill is managed and operated under different management.

Which Other Stores Are Affiliated with Turkey Hill?

Here are some of the companies owned by Peak Rock Capital:

Founded in 1981, the company has its base of operations in northeastern Wisconsin.

TNT Crust has two bakeries in Green Bay that have more than 100,000 sq. ft of production space.

Shipley Do-Nuts was established about 85 years ago in Texas by Lawrence Shipley Sr.

This American doughnut company and coffeehouse chain have more than 300 franchised stores across the U.S.

Nowadays, the company is a leading producer of dips, sauces, ready-to-drink beverages, and aerosol cheeses.

Berner Food & Beverage supplies its private label products to every major retailer in the U.S.

How Does Turkey Hill Compare with Kroger?

Here are some of the ways that Turkey Hill and Kroger differ:

While Kroger deals in a wide array of products, Turkey Hill is limited to specific products like iced teas, ice cream, fruit drinks, and novelties.

Kroger is a supermarket chain; therefore, it has a wide array of products from groceries, deli foods, and frozen products.

Kroger is a publicly-traded company listed on the New York Stock Exchange. Additionally, it owns 2,800 grocery retail stores in different states in the U.S.

Kroger’s stores include the following:

Kroger has been in existence since 1883 and is now ranked as the largest supermarket chain in the United States. On the other hand, Turkey Hill is currently owned by Peak Rock Capital.

If you want to buy frozen daily products from Kroger, you can’t price match with Turkey Hill.

Kroger does not have a price matching policy in place; therefore, it won’t offer any lower prices to match up with Turkey Hill.

Can You Return Turkey Hill Items to Kroger?

If you purchase items from Turkey Hill, you can only return them to the respective store. Kroger and Turkey Hill are completely separate now.

According to company policy, you can contact Turkey Hill if you need to get a refund or return an item.

Kroger has a return policy that allows customers to return products within 30 days from the day of purchase.

According to this policy, customers should bring a digital or paper receipt when returning the products.

In addition, the products must be in their original condition for the refund to be processed.

Fortunately, if you bought items from any store in the Kroger family of companies, you can return the items to Kroger for a refund.

You can either return the items in-store or ship them back to the store.

Some items have restrictions during returns, such as alcohol and tobacco, baby formula, and women, infants, and children items.

Kroger does not own Turkey Hill as of 2022. Turkey Hill was a subsidiary of Kroger for several years since 1985, but it was sold to a private equity firm, Peak Rock Capital, in 2019 in a $215 million deal.

In 2018, Kroger made a separate deal to sell the Turkey Hill convenience stores to UK-based company EG Group. Therefore, the two brands are operated separately.