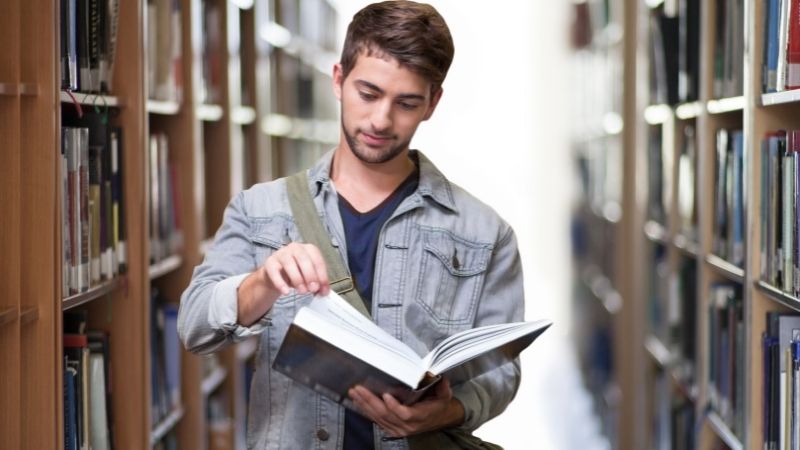 Whether you work remotely or attend school, getting out of the house to study or get work done can make a huge difference in your focus and energy levels.

One of the most popular places you can find people hitting the books or typing silently on their laptops is in coffee shops, with their built-in white noise and an endless supply of caffeine. But does Starbucks allow studying? Let me share with you the answer I have learned!

Does Starbucks Allow Studying In [currentyear]?

Starbucks does allow studying on its premises, both indoors and out (where available), without any purchase necessary as of [currentyear]. Starbucks also embraces its position as a “third place” meeting space and encourages customers not to worry about a time limit. As always, check with your local Starbucks to ensure in-store customers are currently accepted.

To learn more about what you need to buy to study at Starbucks, if it’s a good place to go for homework, how long you are invited to stay, and even if Starbucks can kick you out, keep reading!

Can You Study At Starbucks Without Buying Anything?

In its 2009 response to independently owned coffee shops limiting people’s stay in their stores, Starbucks went the other way.

“We do not have any time limits for being in our stores,” the official statement read. “We strive to create a welcoming environment for all of our customers.”

Notice the word customers? That is the word used to describe people who buy something.

However, all of that changed in 2018 when Starbucks was uncomfortably visible during an incident in Philadelphia that appeared to be racially motivated.

That said, two black men were waiting for a third person to join them and were denied use of the restroom and asked to leave because they had not purchased anything.

The police were called by the store manager, leading to the two men being unduly arrested and put in jail for hours.

The outcry was swift and furious, the manager who called the police stepped down, and ultimately Starbucks revamped its paying-customer policy.

Do People Go To Starbucks To Do Homework?

People absolutely go to Starbucks to do homework, from high school-age kids to university students to adult learners.

Also, it’s a good neutral meeting place if there is a team or group project and you need a place to meet that isn’t someone’s house.

However, you should consider bringing along some headphones in case the noise level in the shop gets too loud for you to concentrate (or if you have a loud talker right near you).

Does Starbucks Have Fast Free Wi-Fi?

Starbucks offers its customers free Wi-Fi through Google, which the company has done since 2014.

As it happens, CNET.com ranked Starbucks’ Wi-Fi number one among chains that offer the service, saying it’s “twice as fast as Netflix recommends for streaming Ultra HD quality video.”

Moreover, accessing it in-store is a breeze; simply navigate to your Wi-Fi hub and select “Google Starbucks.”

After that, a browser window will pop up and ask you for some information. Once you’ve filled that out, you can click “Accept & Connect,” and you’re in business.

Further, you only have to do it once for each location; the Starbucks network and your computer should remember each other after the first time.

How Long Can You Stay At Starbucks To Study?

As mentioned earlier, back in 2009, Starbucks’ then-CEO encouraged its paying customers to stay as long as they liked.

Since then, I can’t find anything to suggest that Starbucks’ mind has changed on this policy, so as long as you make at least one purchase, you are welcome to set up camp.

Can Starbucks Kick You Out While Working Or Studying?

Starbucks announced a new policy in 2018 that it would no longer ask people to leave if they have not made a purchase.

Also, anyone can use Starbucks’ restrooms, regardless of whether or not they are a paying customer.

That said, this new policy came about after an incident in a Philadelphia location where two black men ended up arrested because they were waiting in a Starbucks for a third person.

After that, Starbucks quickly changed its policy to create “a culture of warmth and belonging where everyone is welcome.”

So, non-paying customers who want to come to Starbucks and study are welcome to do so.

But obviously, customers who pose a threat to themselves or others will be asked to leave, or employees will have to call law enforcement.

Where Can You Go To Study Other Than Starbucks?

If your Starbucks is closed and you still need a place to study, you’re in luck; there are plenty of other locations that also have free Wi-Fi, including:

Starbucks has become a favorite place for people needing a spot outside of the home or off school grounds to study or work.

Since 2018, Starbucks has been committed to providing a purchase-not-required location for anyone to come and enjoy the space and use the restrooms.