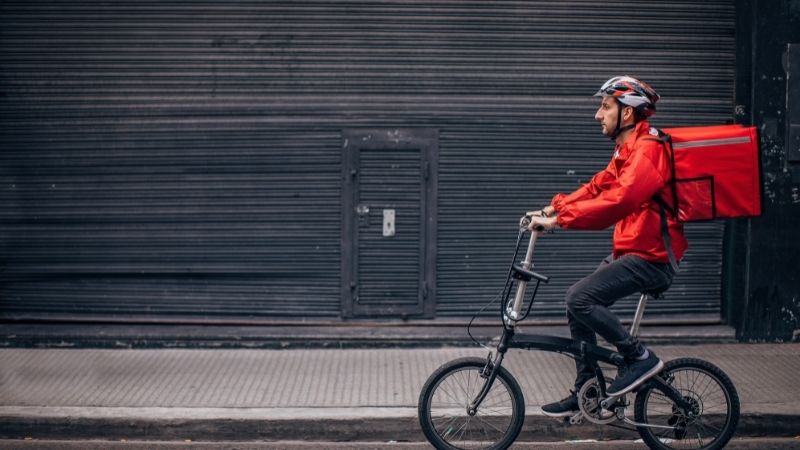 One of the most important things a company should do at the beginning is to choose a name that is catchy, memorable, and ties back to what it does.

Grubhub has managed to grow into a major food delivery company and, if you’re wondering what the name “Grubhub” means and what role it’s had in this growth, read on!

“Grubhub” is a combination of the words “grub” and “hub.” “Grub” is a slang word for food and “hub” refers to the effective center of an activity or network. Combining the two words creates something that refers to the fact that Grubhub is a central food source, being a service that shows several local restaurants in one place in 2022.

Read on to learn everything you need to know about Grubhub’s name, including previous names, a closer look into other aspects of the company’s branding, and more!

What Was Grubhub’s Original Name?

Since it was founded nearly 20 years ago, Grubhub has always been called Grubhub.

However, for several years after it was founded, the logo and most of the branding referred to the company as Grubhub.com.

This was back when internet companies had not taken over the business world, so Grubhub needed to make it obvious that it was only available online.

In 2011, when apps had become common with more people adopting smartphones and the company had become more well-known, Grubhub stopped using the .com part of the name.

Today, even though you can order through Grubhub.com, the primary focus is still on Grubhub’s mobile apps for customers, drivers, and restaurants.

What Is Grubhub’s Slogan?

Grubhub doesn’t have a slogan because it moved to a different model where what would be considered a “slogan” changes depending on what its goals are, e.g. in a commercial.

However, Grubhub made a commercial that went viral and it featured the tagline “Grub what you love” and this is what most people now consider the company’s slogan.

This Grubhub slogan is a play on words, combining “grub” with “grab what you love” to tie into what the company does.

Previous actual slogans used by Grubhub include the following:

These days, Grubhub doesn’t use a standard slogan anywhere, something that’s evident in how a lot of its branded items like bags, shirts, and hats, only feature the company name

Some of the “slogans” Grubhub has used within the past few months include:

With these, we can see that Grubhub’s current approach to slogans is closer to what it’s like with print media like billboards and newspapers.

With these mediums, a tagline is attached but it changes depending on the campaign’s focus.

Why Did Grubhub Become Orange?

Grubhub became orange from red in 2021 because it matched the theme of its new parent company, Just Eat Takeaway, which made the $7 billion acquisition in mid-2020.

Why Did Grubhub Change Its Logo?

Grubhub has changed its logo more than once over the years and is currently on its fourth logo, one that was introduced in 2021.

Grubhub might have had several reasons for changing its logo, some of which are:

To learn more, you can also see our posts on Grubhub dress code, why is Grubhub so expensive, and is Grubhub safe.

Grubhub got its name by combining “grub” and “hub” which are slang terms for food and the word for the center of operations respectively. This created a name that fits in with the company’s business model of providing access to several local restaurants in one place.

Grubhub has only ever had the one name but it pushed “Grubhub.com” for years after it started in order to make it clearer that it was a fully online service. After gaining popularity and apps becoming more prevalent, Grubhub stopped using the .com part of the name.