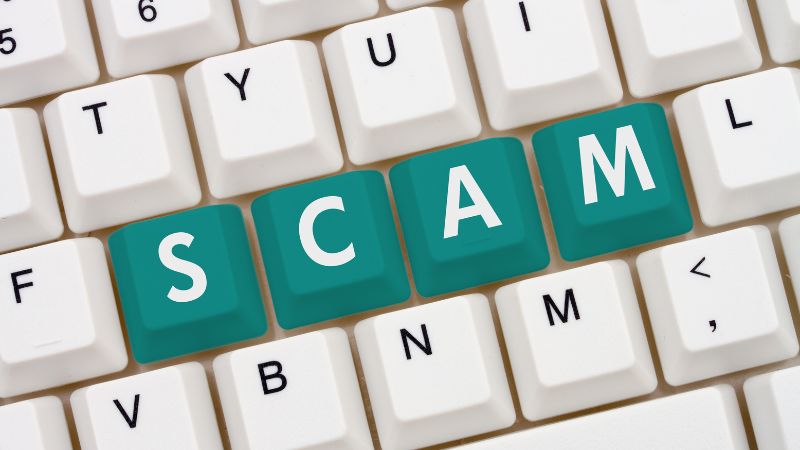 McDonald’s is one of the largest and most easily recognized brands in the entire world, with its golden arches and tasty food.

Yet, because of this success, McDonald’s has been the focus of many scams over the years and continuing to this day. Here are eight McDonald’s scams to be aware of and even how you can protect yourself from some of them!

The Government of Western Australia put out a statement warning residents of an email scam which is made to look like it’s from McDonald’s.

In the email, the scammers promise cash for the completion of a customer survey.

After completing seven questions to “help McDonald’s improve the quality of their food and service,” the survey takes a nefarious turn.

The survey asks for the customer’s credit card information ostensibly so that payment can be made directly.

However, this is so that scammers can steal your money, which happened to one man who lost $1,300.

If you’re living in Australia – or anywhere in the world – and you receive an email like this, the best course of action is to delete it.

If you happen to click on the link and it takes you to a survey, do not enter your credit card information.

McDonald’s would never ask anyone for their credit card info unless it was to set up payment in their app.

Speaking of the McDonald’s app, the company was the subject of a warning to Canadians in 2019 not to use their app because scammers had hacked their way into multiple accounts.

One app user found that scammers had racked up about $2,000-worth of meals on their dime.

Further, McDonald’s wouldn’t issue any refunds; instead, they insisted that the scammed customers take it up with their banks.

A representative from McDonald’s stated, “We do take appropriate measures to keep personal information secure.”

She then recommended using stronger passwords, and if customers notice any exorbitant charges or orders, to change their password immediately.

Elsewhere in the world, UAE officials and the McDonald’s’ UAE branch were warning customers in 2021 of fake offers on behalf of the brand.

Those are the little details you have to watch out for when dealing with scammers and their fake websites.

Snopes reported that in February 2022 it had reviewed a McDonald’s scam, which came in the form of an email promising an exclusive reward (or gift).

The email itself was poorly constructed, with spelling and grammar mistakes all over the place, and the email address’s extension, @rheerrgi.org wasn’t associated with McDonald’s.

By clicking on the link, customers were taken to a Russian survey website, complete with a timer to create a sense of urgency.

Any emails from McDonald’s are going to end with @McDonalds.com, so that is your first clue that the message is fake.

Then, there is the terrible content of the email, with random punctuation (or lack thereof) and random capitalization.

Finally, the “Unsubscribe Here” address has been linked to other scams, and no one should, under any circumstances, write to it.

McDonald’s simply doesn’t operate in this way, giving out “rewards” or gifts of money.

In fact, McDonald’s has a reward program, which runs entirely in the app and gives the customer points, which they can redeem for free food.

If you caught the McMillions documentary series on HBO a few years back, you get the gist of the next scam I’m going to cover.

Jerome “Uncle Jerry” Jacobson was in charge of all the big money winning pieces, and they figured out a way to get others to pay him in exchange for the big prizes.

The scheme eventually grew to include the Italian mafia and drug traffickers, and for six years the operation grew and prospered.

However, that all came to an end in 2001, when the FBI – who had been investigating for the past year – moved in and arrested the 51 conspirators.

Another scam perpetrated by an outside individual involved a McDonald’s in Pennsylvania and a caller who pretended to be the CEO of the company.

They instructed the manager of the McDonald’s to take $4,000 in cash from the store and go buy gift cards from local convenience stores.

The manager did this, but when the caller instructed them to read the card numbers and PINS over the phone, they thought better of it and reported the scam.

State police were called, instructed the convenience stores to reverse the charges and investigated the crime.

This is a very common scam, sometimes perpetrated as an email from a boss or higher-up in a company.

WhatsApp messages sent from scammers offered gift cards for users loyalty, but of course it was all fake.

The messages likely contained a link, and when users clicked on that link, it took them to a page that asked for their sensitive personal information.

As Scam-Detector.com says, McDonald’s – and other major brands – will never offer freebies to customers through messaging apps.

All “freebies” are part of their reward system, which is run through the McDonald’s app and is the results of purchases made.

To know more, you can also read our posts on McDonald’s statistics & facts, McDonald’s refund policy, and where to buy McDonald’s gift cards.

McDonald’s is a vastly popular company with millions of customers around the world, so it’s no wonder scammers try to pose as them.

Whether it’s emails promising rewards or gifts of money or texts alerting customers to free gift cards, do not click the links in messages or give out any financial information.