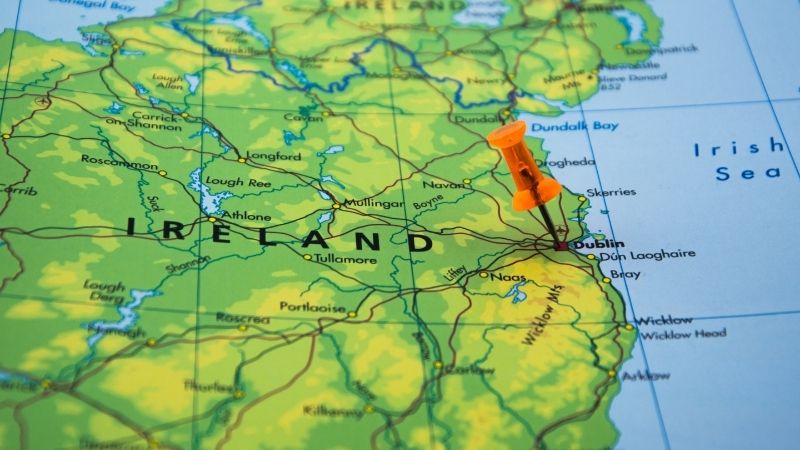 There has been talk of Costco expansions in Ireland, keeping all fans on edge, wondering if their region will eventually get the massive superstore of its own.

If you are a Costco enthusiast in Ireland and you are wondering if Costco will eventually set foot there and where it may establish itself, read on to discover what I found!

There is no Costco in Ireland, and it seems the company has given up on establishing itself there as of 2022. Dublin, Cork, and other major Irish cities would be lucrative locations if Costco was to set up in Ireland. However, Irish residents can shop at Costco alternatives or from Costco stores located in the rest of the UK.

Stay with me to discover Costco’s plan for Ireland, what other shopping options you may have, whether Costco will deliver to these locations, and much more.

Will Costco Open A Warehouse In Dublin Or Cork?

Costco gives no indication of opening a warehouse in either Dublin or Cork- at least not any time soon.

Over a decade ago, Costco had plans of setting up a store in West Dublin and had even drawn up building plans and submitted them to the authorities for approval.

However, officials had opposition to the project that Costco failed to overcome, and the project stalled.

Therefore, Costco is yet to come out on the issue and its plans for Dublin. Additionally, so much time has passed that it would be safe to assume it gave up on the project.

On the other hand, the passage of time has brought so many changes in the business and political environment that Costco may choose to make another stab at it.

Moreover, Ireland is a lucrative market, and Costco is on an expansion spree; there could be hope yet.

Why Isn’t There A Costco Warehouse In Dublin Or Cork?

As long ago as 1998, the press in the UK was reporting on Costco’s intention to build a warehouse in west Dublin.

Although it was reported that the retailer had gotten approval and intended to build a 120,000-square-foot store with 800 parking spaces, the project soon faced opposition.

However, there were petitions that the approvals be revoked since the project would substantially contravene Dublin’s 1993 County Development Plan.

Furthermore, petitioners were also concerned about the effect the retailer would have on the already established retail shopping and the sustainability of the traffic that would be generated.

Therefore, Costco resisted calls to modify its plans and shelved them.

However, Ballymun offered Costco a spot in its center alongside IKEA six years later, but plans did not work out.

What Are The Potential Locations For Costco In Ireland?

Retail businesses will look for a place within reach of their target market that can sustain the traffic they expect conveniently, fitting within their budget.

Therefore, cities like Dublin and Cork satisfied those conditions and had already attracted Costco’s attention.

Furthermore, Costco had applied for approval to build a warehouse in west Dublin to profit off its population, while locations like Ballymun were conducive to Costco.

Cork is the second-largest city in Ireland, with a sizeable population and reputation as the culinary capital of Ireland, which would fit in perfectly with Costco’s food court.

Other than Cork and Dublin, Ireland’s major towns also offer a lot of potential as Costco locations.

Will Costco Deliver To Dublin Or Cork?

Costco.com and Costco UK online will not ship directly to Ireland. If you wish to buy a product from them, you will have to organize your delivery yourself.

Therefore, a probable solution would be to have someone shop on your behalf and send the items to you via a shipping company.

Where Is The Nearest Costco To Ireland?

The Costco warehouses closest to Ireland are all in the United Kingdom.

Therefore, this is a factor to consider for any shopper bent on shopping from Costco in Britain as this affects what you pay for delivery.

Furthermore, there are over 25 Costco warehouses ranging from 196 to 357 miles from Ireland.

Some of the closest warehouse locations include Liverpool, Chester, Haydock, Cardiff, Manchester, Oldham, Oldham, and Glasgow at 196 to 240 miles away from Ireland.

What Are The Stores Similar To Costco In Ireland?

Costco’s business model is based on offering products affordably and in bulk on wholesale terms to its members.

However, the closest Ireland has to this is Musgrave’s Cash’ n Carry, which sells its products in bulk and wholesale.

Additionally, Musgrave’s Cash’ n Carry caters to businesses and will not sell to individual customers.

Besides Musgrave’s, there are smaller wholesalers with one or more stores but inevitably with a smaller range of products.

If all the customer wants is the affordability they expect from Costco, they can shop from any budget store in Ireland, both local and international.

Therefore, customers have the choice of Tesco, Dunnes, SuperValu, Marks and Spencer, Aldi, and Lidl. There is also Amazon for online shopping enthusiasts.

It is uncertain whether Costco will ever have a presence in Ireland after its efforts in Dublin were frustrated, however, plans to open one might be revisited sometime in the future.

Furthermore, customers can instead resort to any of the local and international options available to them since the nearest Costco is many miles away.